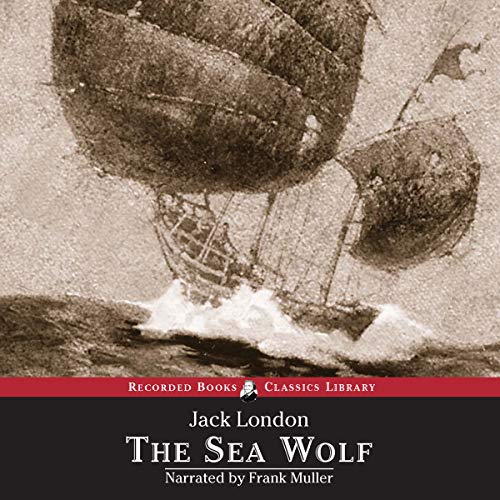 Register for FREE as a Road Trip Hero to access the full site. Registered users can contribute comments and add reviews.

You can also access: Forums, Routes, Waypoints, Special Articles, and Much More!

The Sea Wolf is one of those books I avoided reading because it reminded me of high school. Thankfully, in re-reading GhostRider, by Neil Peart, I was inspired to try again after he mentioned it. In the beginning, it reminded me of Mutiny on the Bounty, a book my father forced me to read and write him a book report. That fact was nearly enough to make me put it down. However, it wasn’t a similarity in content. Instead, it was the approach to character development, which was slow for my taste. However, I remembered a similar reaction to Mutiny in the beginning, and it turned out to be one of my favorite books in the end. So I decided to stick with London’s Sea story, and I’m glad I did.

While the story centers on literary writer Humphrey Van Weyden, the sea captain, Wolf Larsen, dominated the pages and haunted my dreams long after the book was over. His views of the world are often quite compelling, but the brutal ways he acts upon them left me wincing. But I couldn’t look away. He is such an interesting character. Throughout, Humphrey goes through the most growth. In contrast, Larsen stays true to his beliefs and defies evolution while avoiding being one-dimensional.

If you love personal challenges and adventure, I highly recommend trying The Sea Wolf. I chose the audible version, with the excellent narrator, Frank Muller.

One final thought: There is a health matter that I will not mention here to avoid spoilers. However, anyone who has read the Sea Wolf and is familiar with Neil Peart’s passing may also find the connection a bit prophetic.

Read, Listened To, or Watched It? Share Your Thoughts!

Login/Register will open in a new window. Once complete, close that window to return to this page.

Refresh your browser. Then you will have unlimited access to the entire site.